Dust In The Ductwork: Its Effects Are More Than Cosmetic

Dust In The Ductwork: Its Effects Are More Than Cosmetic

Dust that gathers in HVAC ductwork is usually a relatively low-level irritant, aggravating those with dust allergies, of course, but otherwise not doing much except for adding to the office dust layer. Cleaning within the ducts might help temporarily, but the changing filters more frequently would have more of an effect. Or so it seems to those in workplaces where ducts have not had major problems. If you've just moved over to a business where there seem to be some unsolvable air quality problems, it could be that the ducts really do need to cleaned out. A number of issues can make the dust that gathers in the ducts a lot more annoying.

A little dust that blows out with the air from a vent can be annoying, but if someone's got their desk placed right under a vent, it can be particularly unwelcome. The dry air coming out of the vent not only increases the chance that the person sitting under the airflow will have allergy-like problems like a dry mouth or throat, but the dust can make the air feel particularly uncomfortable. It is best to move the person's desk, but if there is a space crunch in the office and you can't move it immediately, vent cleaning can at least help reduce irritation.

If there are plants in the office, particularly those large planters that many lobbies seem to have, it is possible for mold problems from the planters to extend to intake vents in the HVAC system. If an air intake valve is near the planters, the continual flow of air inward can pull spores into the duct system, creating even more allergy problems for those who have reactions to mold. This also increases the exposure of people who haven't had a problem with mold so far, and that increases their chances of developing a new problem.

Even in the cleanest offices, there are likely to be some odors from people's lunches and office refrigerators that haven't been cleaned out in a while. Unfortunately these odors can waft into the ducts and stick to the dust inside the ducts. Remember, odor is actually comprised of minute particles that settle onto the dust. By cleaning out the ducts, you can remove the odoriferous dust and make the office smell a little better.

Cleaning ducts doesn't take long, though it would require some preparation on your employees' part, like covering desks. But once the ducts are cleaned, it will be a while before they need additional care. Contact a service, like Airpro Inc., for more help. 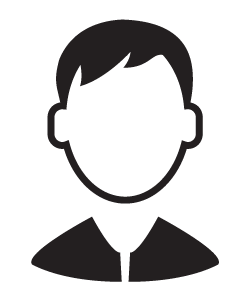 After struggling for months to get my home ready for the market, I finally decided that some professional help would be incredibly beneficial. I talked with a few different cleaning services companies before settling on the right professional, and they were incredibly fun to work with. They went through, helped me to identify different areas that could be improved, and worked with me to make things right. Within a few days, my entire home was completely clean, and I was really impressed with the difference it made in my ability to list my home for sale successfully. Check out this blog for great tips on selling your home.